Posted on December 14, 2018 by rongatesphotography 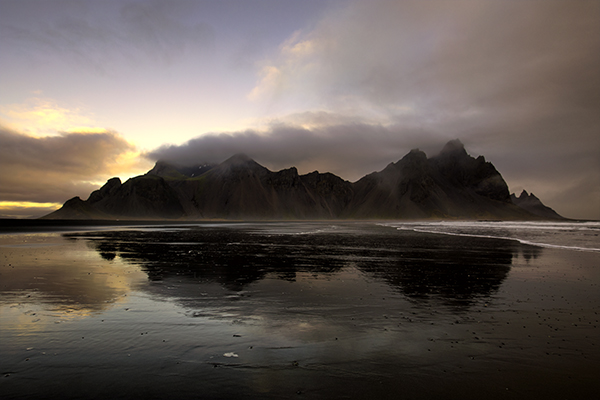 This is Vesterhorn. An iconic mountain on the northwest side of Iceland with it’s reflection on the wet black sand beach.  This is sunrise about 10am.  Here’s another view of it. 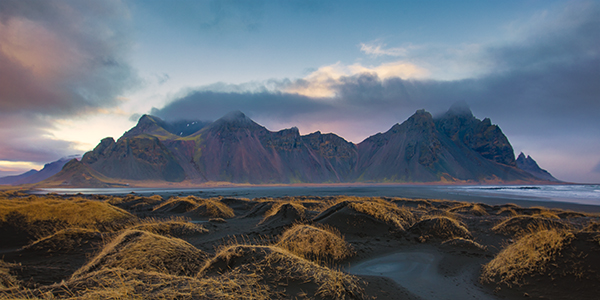 We stopped at several locations of sea stacks.  Lava formations jutting up from the ocean. 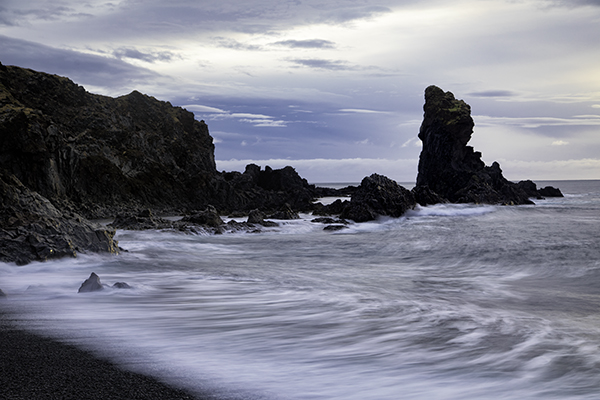 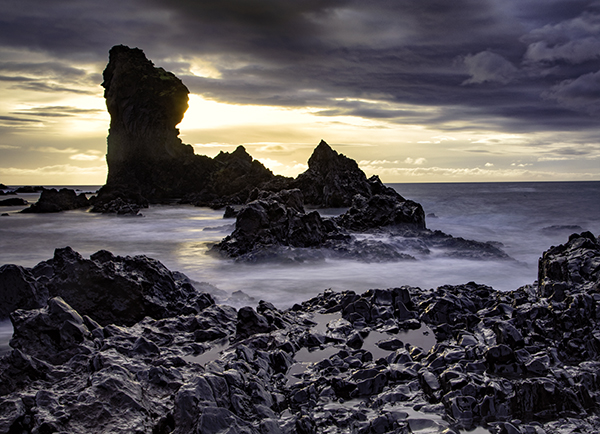 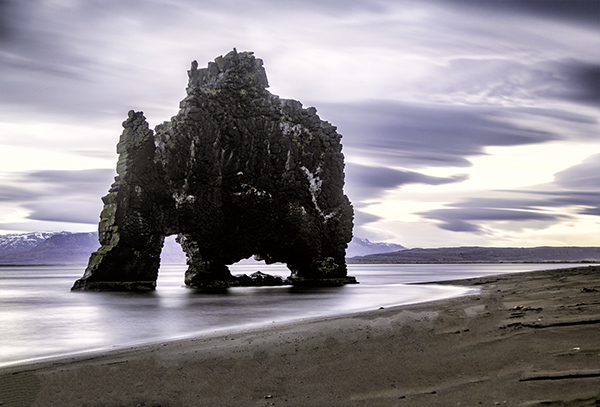 Most of the sea stacks were inaccessable to tourists due to their location but this one, Hvitserkur is close enough to shore that visitors would dash out to the rock formation when the wave went out to get their picture taken on it.  Luckily, we were there prior to sunrise and there weren’t many people there.  As the morning wore on, the beach was beginning to get more visitors.  It still wasn’t a place that most tourist buses hit.  Those that did stayed on the nearby cliff to view it from a viewing platform.  To get to this location you had to climb down a fairly steep path. 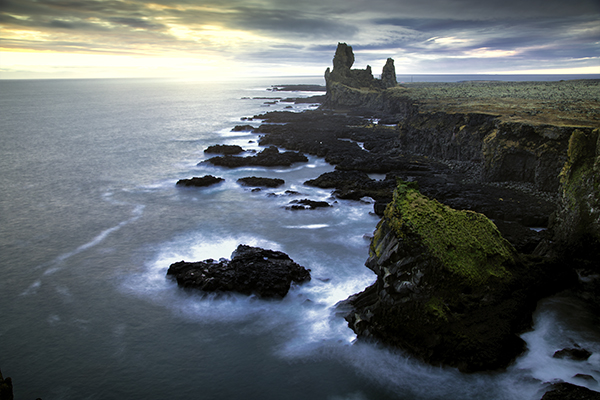 This is Londrangar Basalt Cliffs. 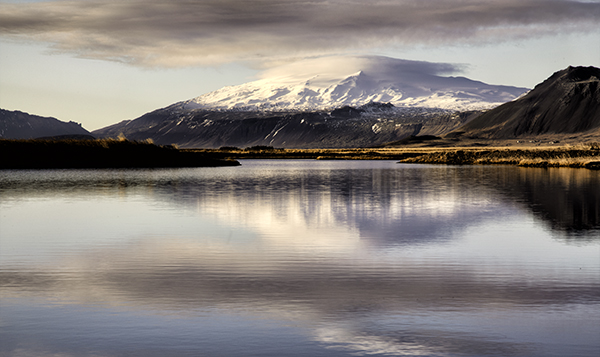 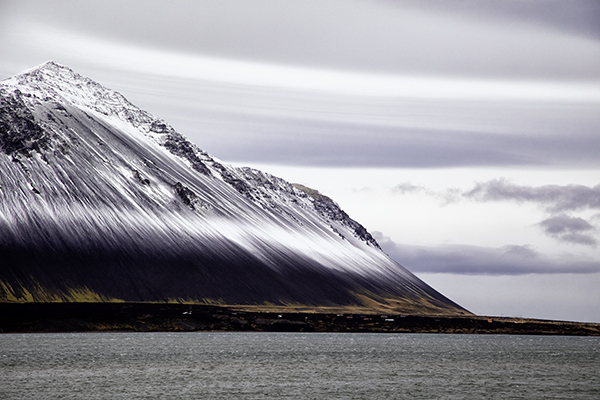 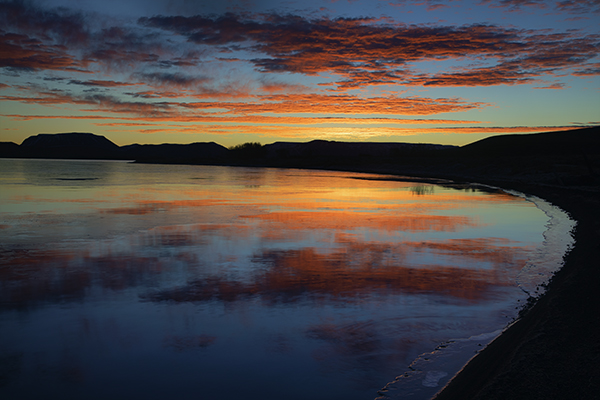 The most brilliant sunrise I saw on the trip.  This was on Lake Myvatn in the north part of the country.

Here’s a couple of images taken from a helicopter over a glacier and of an inlet where sea ice has floated in with the tide. 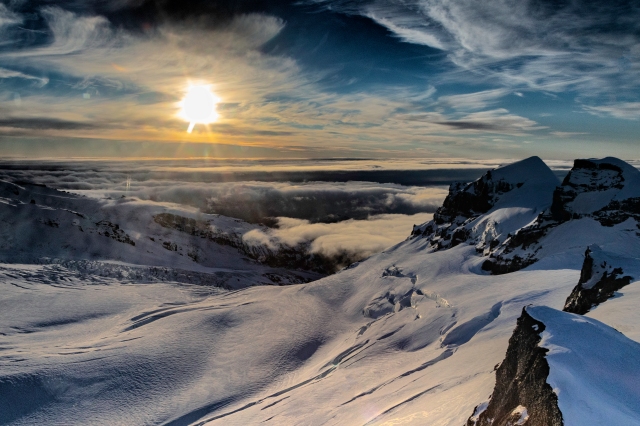 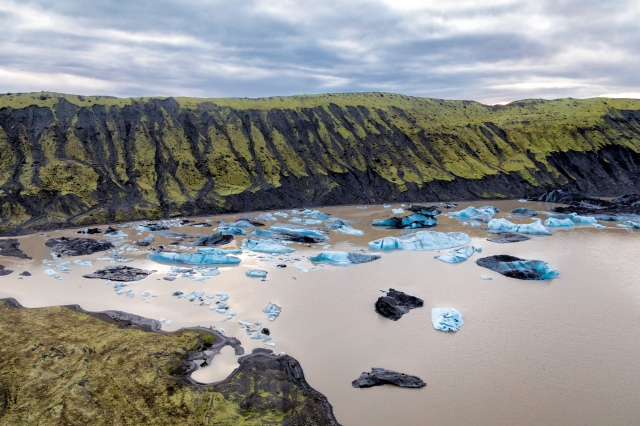 These lighthouses are right next to each other on the southern coast.  The square one is out of service and the taller one reflected in a tide pool is currently in operation. 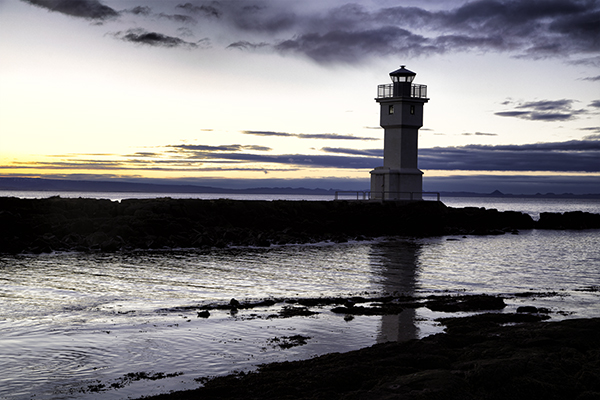 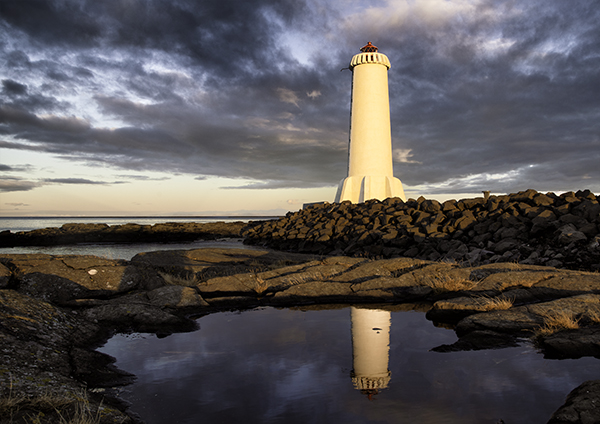 We saw reindeer on two occasions.  We saw a small herd running in the field as we drove along the eastern side of Iceland.  We didn’t get a chance to stop and photograph them.  The second time I saw reindeer it was on a buffet at our hotel in Reykjavik.  There are two prevalent domesticated animals on the island.  Icelandic horses. 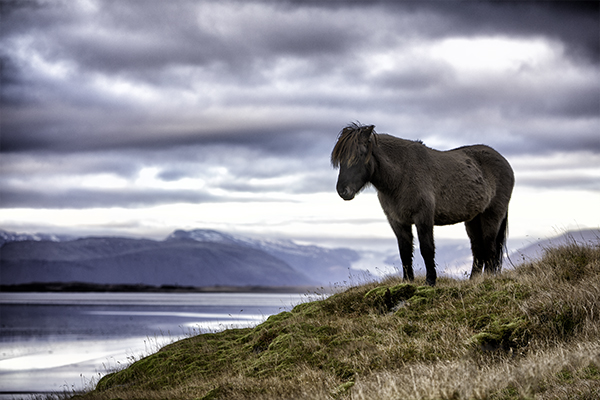 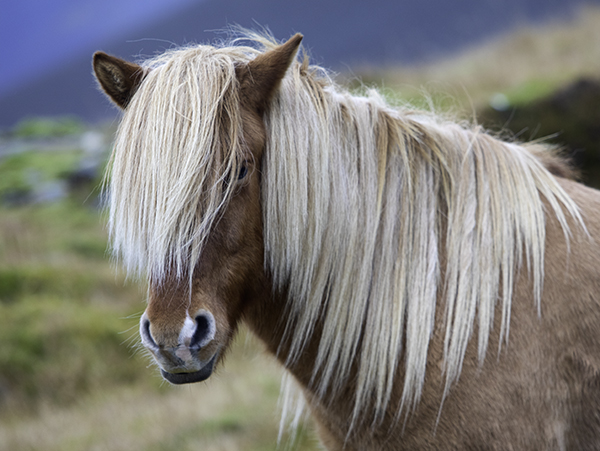 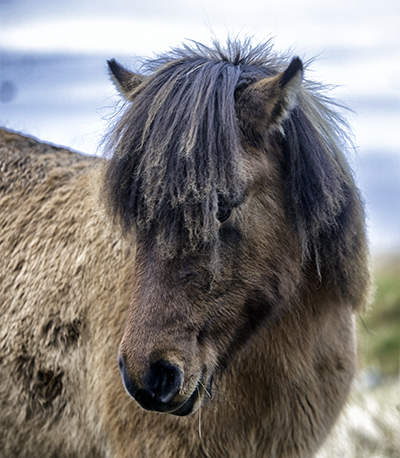 The other is Icelandic Wool Sweaters.  These are still growing! 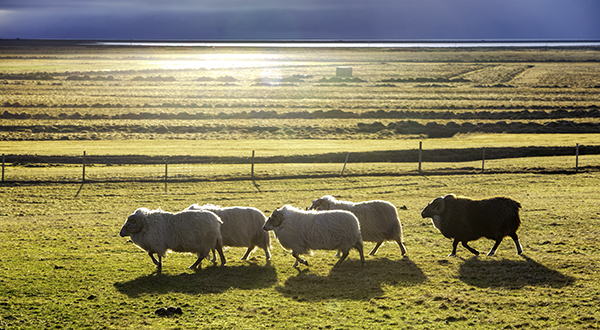 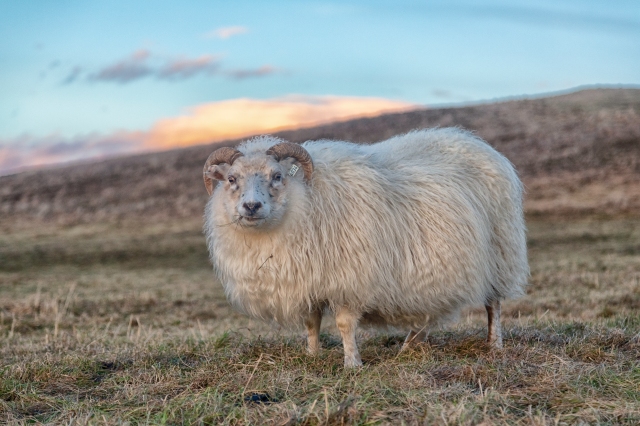 Most of them are rather sheepish but this one let me get fairly close to take it’s portrait.

We’ll get iced up in our next blog.

Thanks for following my trips!

This entry was posted in Iceland. Bookmark the permalink.