Posted on February 11, 2017 by rongatesphotography

My son and I left Dallas Wednesday morning February 8, with a stop in Houston where we met one of his friends, Jeremy, who is a wedding photographer in Austin.  The three of us flew to Liberia, Costa Rica where we met up with two other couples…their friends from the Outer Banks.

We are staying at the Marbella Surf Inn, a six-room hotel about a mile from the beach.  There is not much else around.

It has a nice pool, gazebo, and bar/dining room. 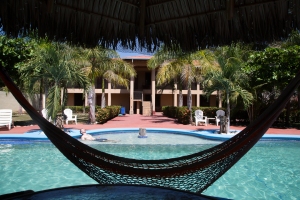 The food is good…expensive…but good.  Cokes and water are about $1.75, a beer is 2000 colones or $3.75US.  There are seven of us. Four surfers, two photographers and two spouses, one of whom is a surfer.

On Thursday, I had made reservations to go to a national park about an hour-and-a half north of here to see and photograph Leatherback turtles.  They come ashore to lay eggs in a hole they dig in the sand at high tide after sunset.  On Thursday, high tide was 2am.  We had to be a the park ranger station at 10:30pm and if a turtle came ashore, we’d pay our $27US and they would guide us to the location on the beach.  First, we had to watch a video about all things Costa Rican…including the turtles.  At that point they informed us that you could not take cameras to the location.  Everything I’d read said “no flash” but nothing said no cameras.  I discussed it with the head ranger but he said it was the law and he couldn’t do anything about it.  So no pictures.  I had specifically selected this night because it was a full moon and it would photos possible.  Visibility was good for the walk.

There was about 30 of us that departed the ranger station about 1 am.  We hiked about 1.5 miles to find one turtle.  It was about 5ft long.  There was a group of researchers there measuring the turtle, taking samples of parasites off the shell and counting the eggs that were deposited into the hole.  There were 71 eggs.  It takes about 60-65 days for the hatchlings to come out and make a run for the sea.  Very few make it to adulthood.  The ones that do leave for at least 20 years before they are able to have their own eggs.  They then return to the same beach that they were born at to deposit their eggs.  Often travelling up to 4000 miles.

It was an interesting trip but I was disappointed that no one had informed me or mentioned it on their website that cameras weren’t permitted.  We got back to the hotel about 3 am.

We are usually up about 5:30 am to check the surf.  I haven’t made it every morning and the surfers haven’t gone out every morning either.  We usually have at least one other surfing excursion about mid-day.  It’s hot.  Temperatures are in the low  to mid-90’s. Surfing is best, I’m told, just before high tide and the guys all have apps that tell them what tide conditions are and when surfing should be good at our location.   I take some images from near the water then back up to a row of trees for a little shade. 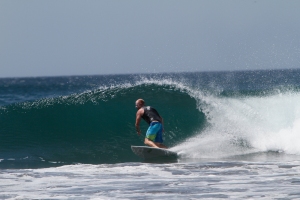 Our folks surfing.  Chelsey, Pat, Derek’s former boss and Derek with mohawk.  His special haircut for this trip.

This weekend there’s a surfing contest at the beach we go to.  Here’s an assortment of shots from this morning.  Most of these surfers are 12-13 years old.  It was fun watching them 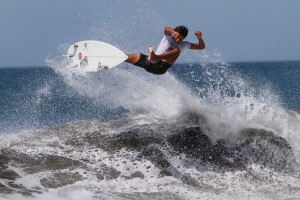 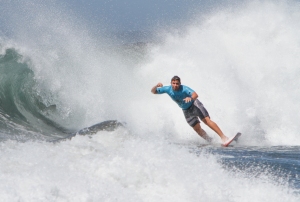 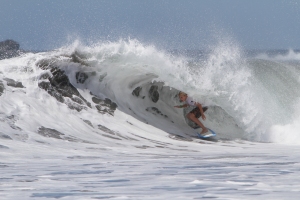 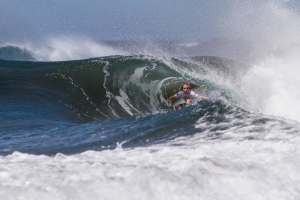 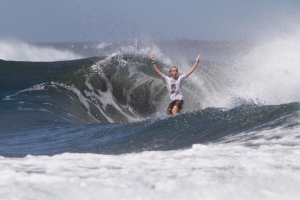 This entry was posted in Costa Rica Surfing. Bookmark the permalink.