Our Turtle Eggs Come to Life!

Posted on February 15, 2017 by rongatesphotography

This morning part of our group was out surfing.  Derek had his alarm set for 5:00 am and we were on the beach before 6.  There was Derek, his friend, Pat, from Corolla, North Carolina on the Outer Banks and Pat’s girl friend, Chelsea, were in the water.  Another friend, Jeremy, the photographer from Austin and I were on the shore shooting.  About 8am, Jeremy hollers to come over to him.  What he’d seen was a tiny hatchling turtle about the diameter of an orange crawling toward the water.  Just as a reminder, you can click on any of these images to see them full screen. 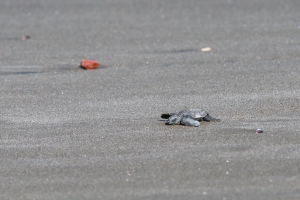 Further back from the water we found a spot were they were coming up from under the sand where they’d been layed as eggs about two months earlier. 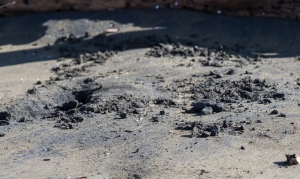 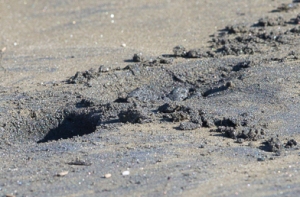 We watched as eight hatchlings made their way to the water.  We know that 71 eggs had been layed by the female last Thursday night so we would assume a similar quantity would have been in this nest.  We don’t know if others had preceded these or if more were to follow. 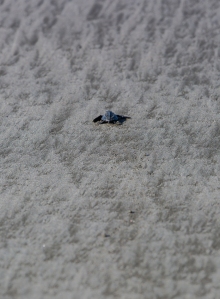 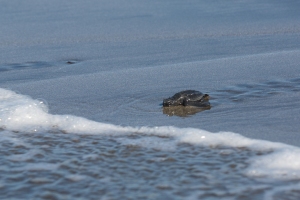 While we weren’t permitted to photograph a Mom laying eggs about an hour up the coast we were able to see these heading for their new home.

The purpose of the trip was surfing…not turtle hunting…so here’s some images first of Derek. 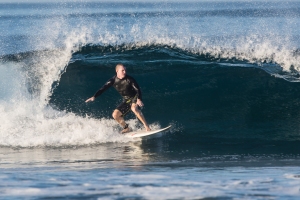 Most every trip along a wave has to come to an end eventually and sometimes the ending is more interesting a photo than the surf ride.

Here are some of the others in our group.  There were seven of us at the beginning.  Two more joined us this morning.

This entry was posted in Costa Rica Surfing. Bookmark the permalink.