The Subway and The Kremlin-RTW Day #2

Posted on September 14, 2019 by rongatesphotography

My second day in Moscow began early due to jet lag.  I was up at 3:30.  It was raining so I decided to spend the beginning of the day visiting the subway.  Contrary to most subway stations I’ve seen, some of Moscow’s are works of art. Here are five that identified as the most interesting. 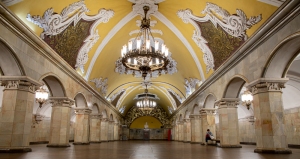 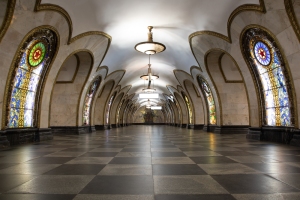 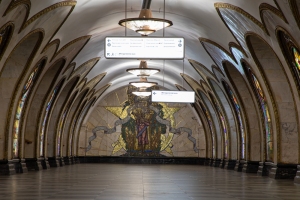 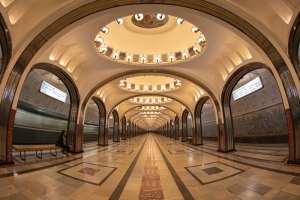 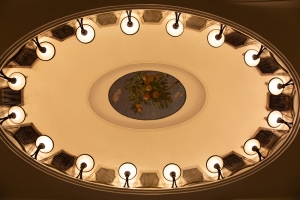 Later in the day, I bought my ticket for the Kremlin.  It’s Saturday and the place is jammed with other tourists….families, tour groups, etc.  As is common in Arlington National Cemetery in Washington, D.C., the Kremlin has a changing of the guard at their Memorial for the Unknown Soldier. 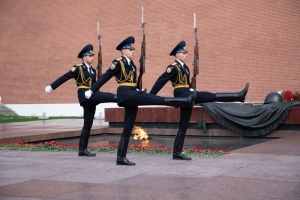 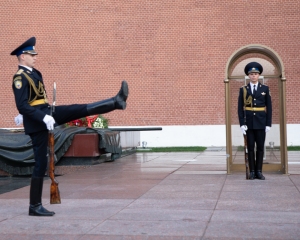 The word kremlin means fortress in Russian.  It houses the seat of Russian government but is not the same as when we refer to our Congress, for example.  Inside the walls (which are about 15 feet thick) are numerous churches, museums, etc.  You purchase tickets to visit some of them and individual tickets to visit a few like the Diamond Fund, a museum that displays all the jewelry that Russian government has collected over the centuries.  Photography is not allowed there.

Red Square is outside the Kremlin and, frankly, was a little disappointing to me.  If the bricks are red, I missed that.  It’s a large, bricked open area and on Saturday is crawling with other tourists like me.  Most of whom are taking selfies with a couple of costumed characters thrown in for photographic opportunities. 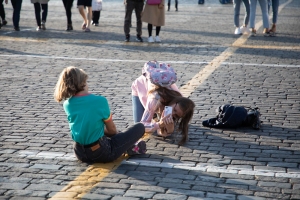 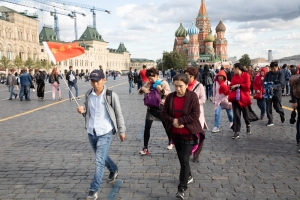 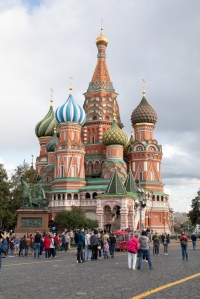 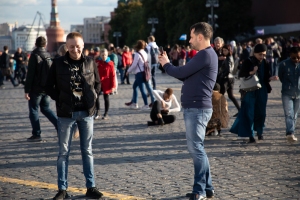 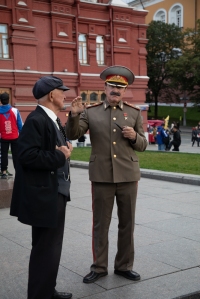 Along one side of Red Square is the Gum Department Store.  Well, that’s its name in English. 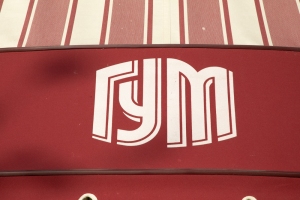 The “r” is pronounced “g” as in gum, the “y” is oo and the “m” is like we would pronounce an “m”.  So the correct pronunciation is “goom”.  Who says you don’t learn something from my blogs.

Actually, it’s not a department store but a indoor mall for the wealthy. 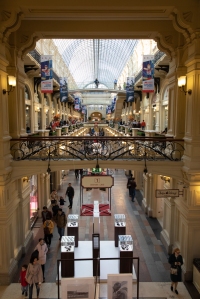 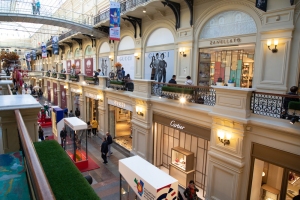 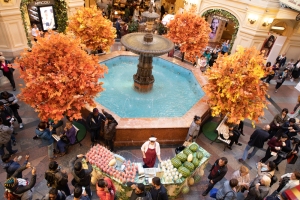 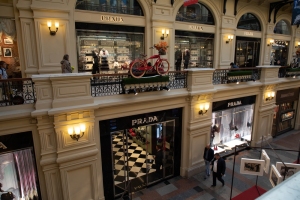 I was going to get Jean a purse from Prada but (sorry dear) I didn’t know her size!

One of the other little things I noticed while sitting and waiting for sunset was the tourist police.  These folks periodically stop us foreigners to check our papers.  I haven’t been stopped but these young ladies were by these two officers. 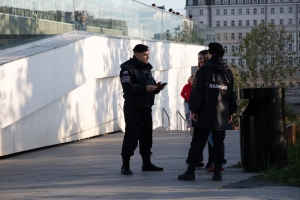 Lastly, I end this rather long post with an image of this onion domed cathedral, The Vassily-the-Blessed Cathedral.

It’s back to the Kremlin today to tour some of the cathedrals.

1 Response to The Subway and The Kremlin-RTW Day #2